Power-up your app with Spren's SDKs or bring your own device and use a simple API call. The Spren SDKs combine years of targeted R&D and billions of data points to extract deep, meaningful insights from an accessible phone camera.

Your brand and design stay front and center while, behind the scenes, Spren translates complex physiological data into deep, personalized insights that enrich your user experience and increase both engagement and behavior change. 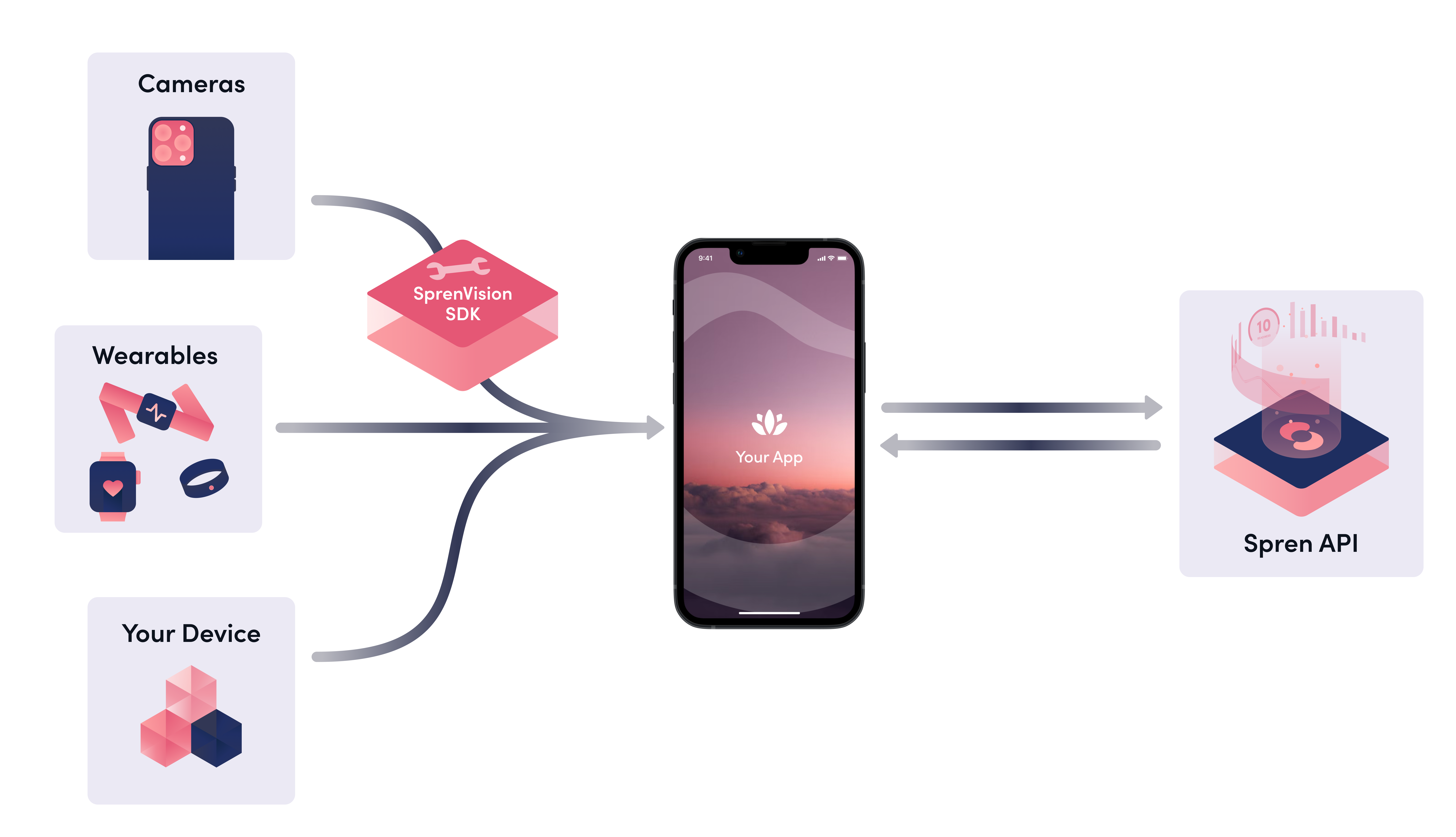 We've updated the Android SDK to be more robust at handling reading start conditions; these new updates have also been tested and deemed compatible on more Android devices.

Learn more about our Android SDK and compatible devices here.

Added an Alpha version of body composition biomarkers/insights such as bodyFat and androidByGynoid to Spren API.

Added Apple Watch as a device from which inter-beat intervals (IBIs) may be accepted. See our API Docs for more info.

We expanded React Native support to Android so it is now available for both Spren Vision iOS SDK and Android SDK (Alpha)! Try it now.

Please also see these breaking changes included in this release.

Updated plugin to include these breaking changes and added new LICENSE file.

Subscribe to receive emails about SDK and API updates and developer news.

UP NEXT
Getting Started
Docs powered by archbee